Volunteers sort through the donations at Westway sports and fitness centre

Westway sports and fitness centre became one of the focal points for clothing donations. Volunteers sort through the donations 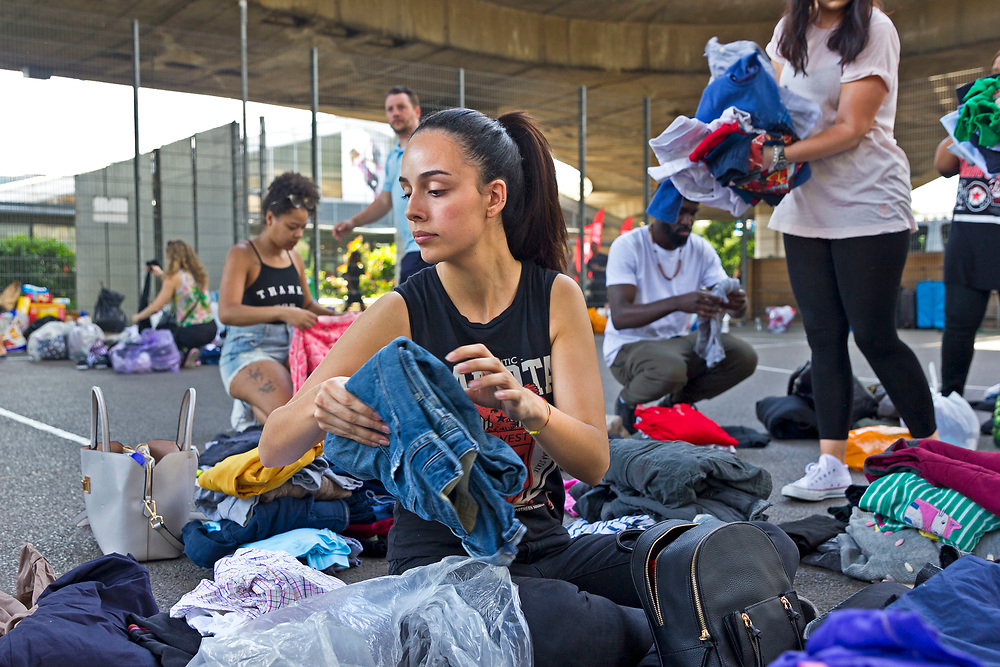