14 June 2017 taken between the hours of 12.22 - 14.49
Pile of peanut and jelly sandwiches sweating in the midday sun. Donations of food and water to the various emergency centres. 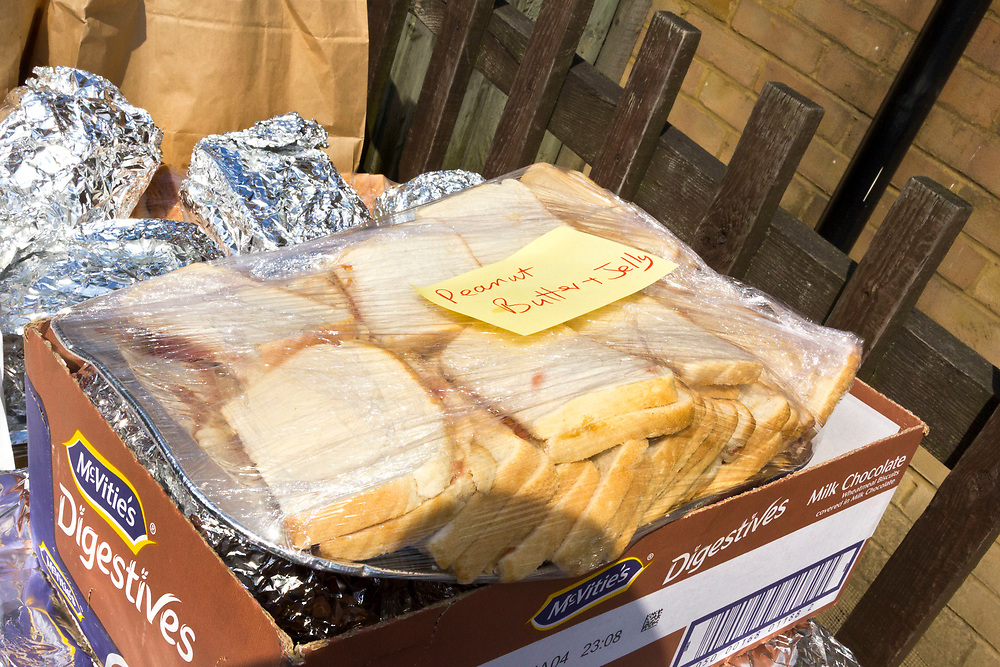