Sir Terry Pratchett is among the top fantasy writers of the last century and Britain’s most shoplifted novelist! He was Britain’s best selling author in the 1990s until J K Rowling arrived. I photographed Terry in 1996 for a leading newspaper as he was at his peak. I knew little of him. He was a well know fantasy novelist – a genre I never fancied, I’m afraid! I am not sure I knew he had a proclivity for wearing large, black fedora hats beforehand either!

He was a delight to photograph, but as with most newspapers, it was in/out and back to the picture desk with the images! I squeezed out a single roll of b/w! His style was recognized as more “urban cowboy than city gent" and when asked if he ever took his hat off, he replied: “I do take it off sometimes because how else is a man to shower?” 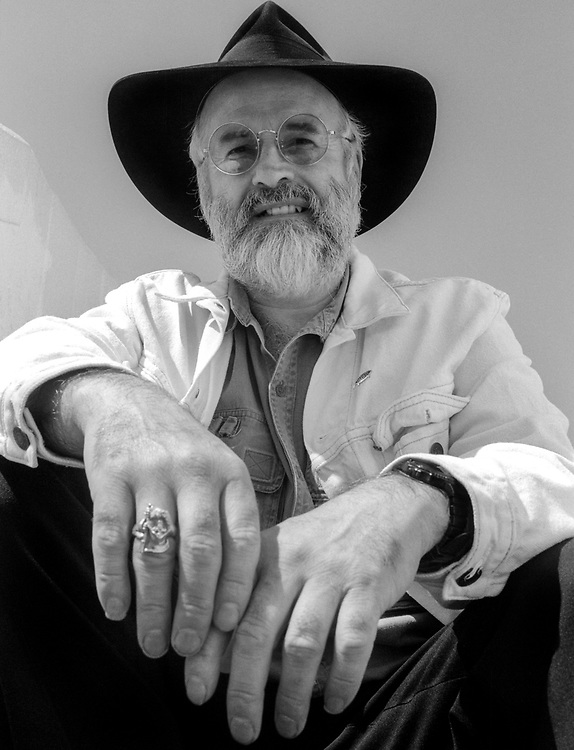