Looking for Jessica Urbano, aged 12, lived on the 20th floor

The Grenfell Tower fire occurred on 14 June 2017 at the 24-storey, 220-foot-high (67 m), tower block of public housing flats in North Kensington, Royal Borough of Kensington and Chelsea, West London. It caused at least 80 deaths and over 70 injuries. A definitive death toll is not expected until at least 2018. As of 5 July 2017, 21 victims had been formally identified by the Metropolitan Police. Authorities were unable to trace any surviving occupants of 23 of the flats. 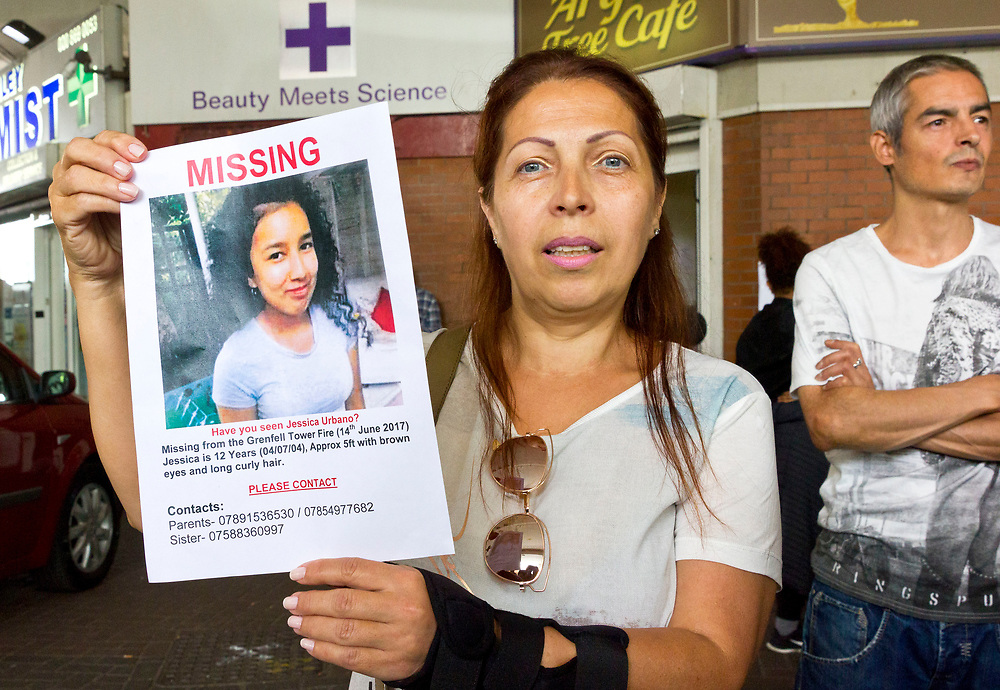