The Grenfell Tower fire occurred on 14 June 2017 at the 24-storey, 220-foot-high, block of public housing flats in North Kensington, West London. it caused 72 deaths, including those of two victims who later died in hospital. More than 70 others were injured and 223 people escaped.
Emergency services received the first report of the fire at 00:54 local time. It burned for about 60 hours until finally extinguished. More than 200 firefighters and 45 fire engines from stations all over London were involved in efforts to control the fire. Residents of surrounding buildings were evacuated due to concerns that the tower could collapse, but the building was later determined to be structurally sound.

The tower contained 129 flats. Police were unable to trace any survivors from 23 of these, and their occupants are believed to have died in the fire. Firefighters rescued 65 people. Seventy-four people were confirmed to be in six hospitals across London, and 17 of them were in a critical condition. The fire started in a fridge-freezer on the fourth floor. The growth of the fire is believed to have been accelerated by the building's exterior cladding. 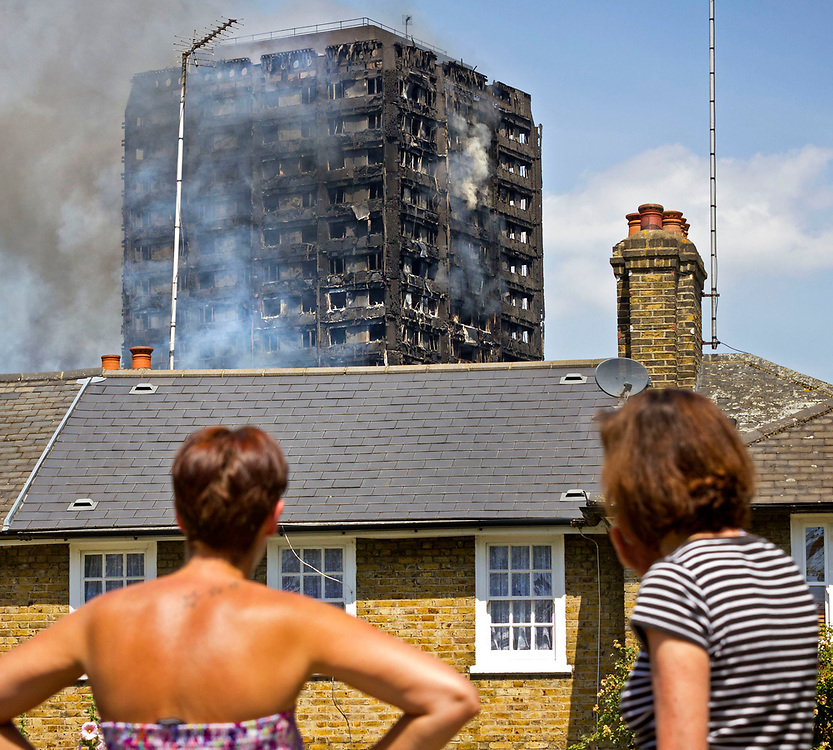