Prague, Czech Republic. December 2018.
The abandoned Strahov Stadium lies in a state of decay. Construction began in 1926 based on the plans of architect Alois Dryák but its wooden construction was quickly replaced by concrete grandstands in 1932.
Under the communist regime it was used to display massive synchronised gymnastic events known as “Spartakiads”.
The Stadium is the biggest of its kind - covering an area of eight football pitches. 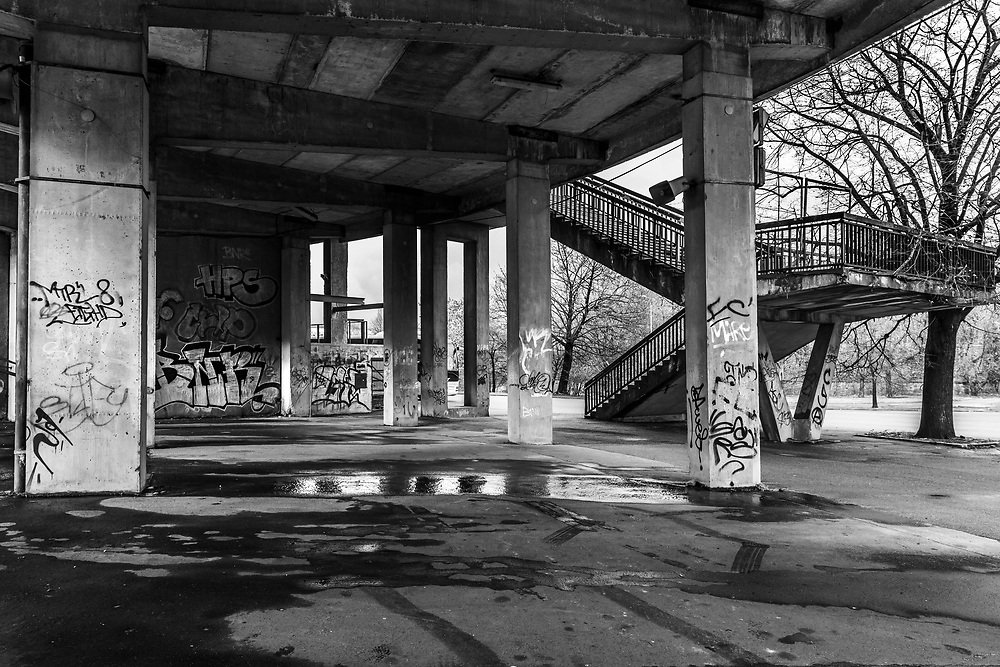